The City Music Center (CMC) recently paid tribute to Pittsburgh jazz guitar legend Joe Negri during its guitar and bass workshop. At 92, Negri—who was a fixture on Mister Rogers’ Neighborhood—is marking his 45th year as an adjunct jazz guitar professor at the Mary Pappert School of Music, where he founded the jazz guitar department in 1973. 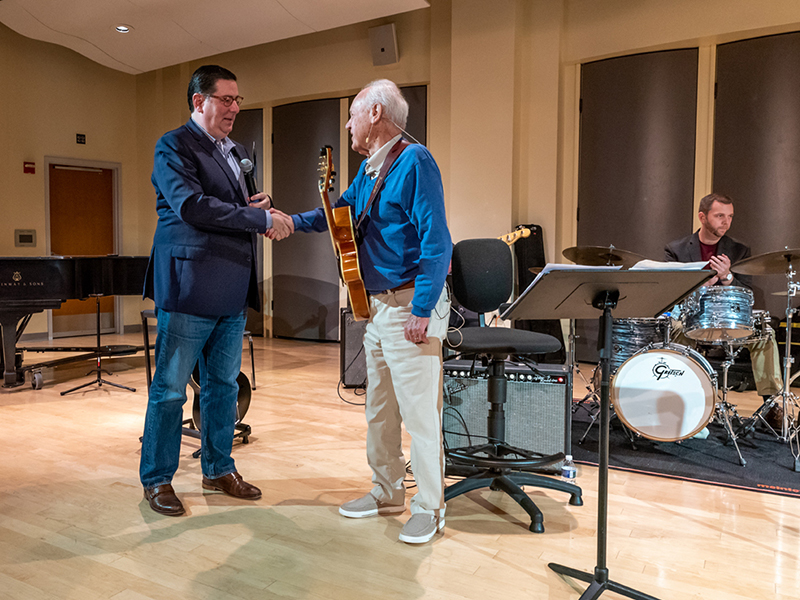 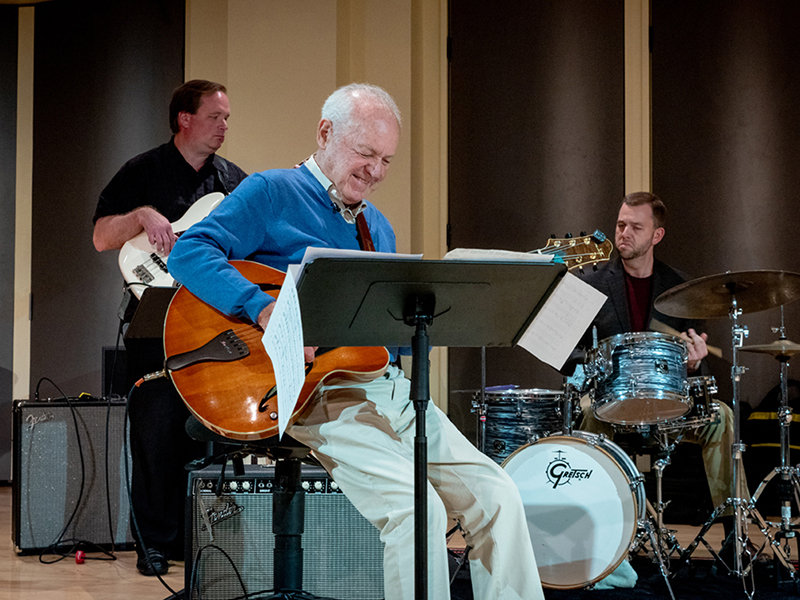 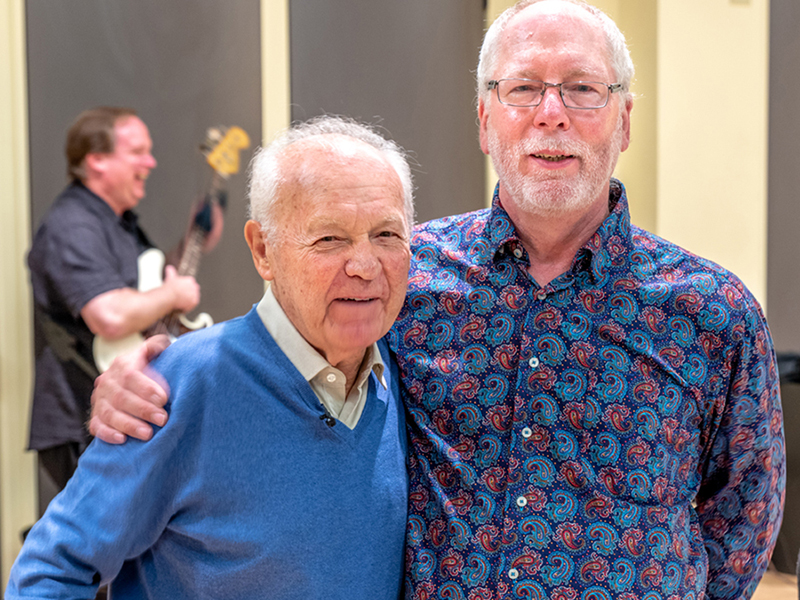 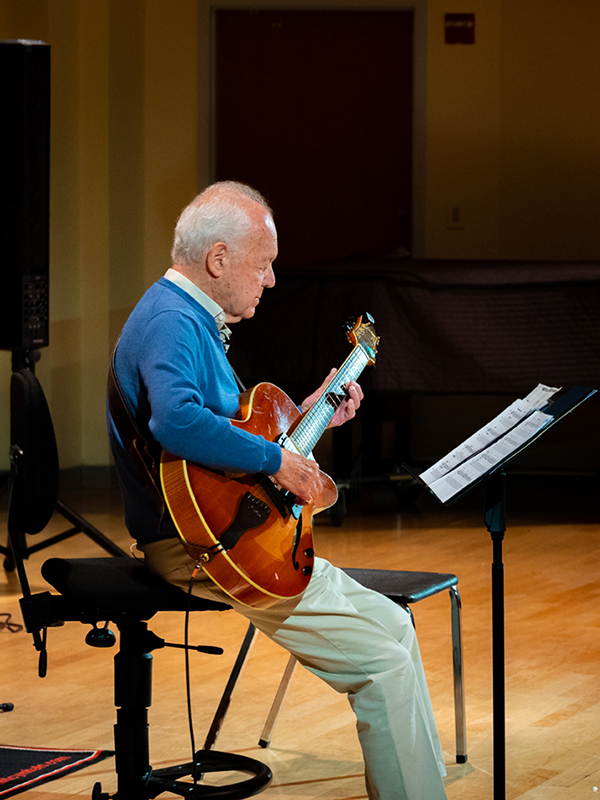 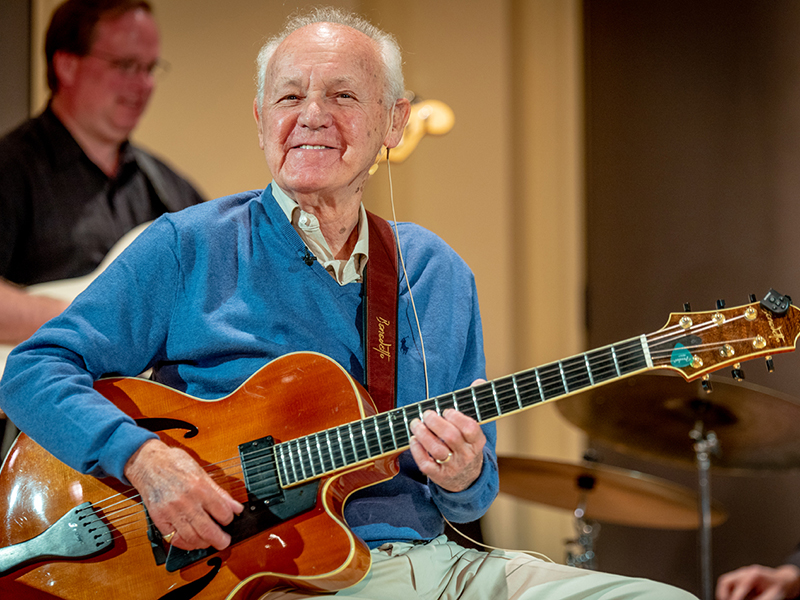 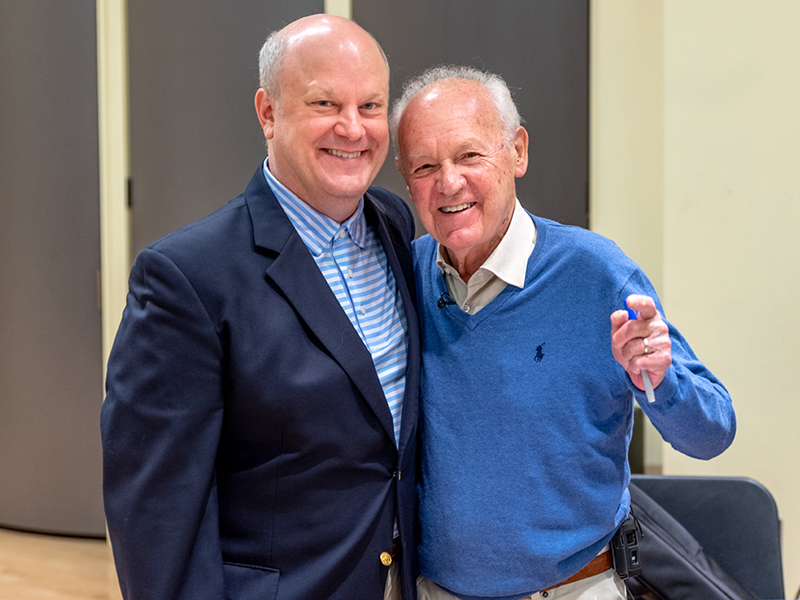 As part of the CMC’s July 21 Guitar Day with Joe Negri event, Negri taught a master class that covered technical mastery, stylistic coaching, improvisation and live performance. The event, which was open to the public, featured Pittsburgh Mayor Bill Peduto, who read a special proclamation celebrating the local icon and declaring it Guitar Day with Joe Negri in the city.

Guitarist Bill Purse, chair of contemporary music media and jazz at the music school, was one of Negri’s first students in the jazz guitar department. “To hear Joe play today? He’s really like a fine wine that just gets better and better. And Joe is probably one of the greatest technicians for teaching and pedagogy,” said Purse, who succeeded Negri as chair of the program. “Joe still has a certain number of students that he wants to teach, and they all want to study with him!”

Considered an advocate for Pittsburgh area guitarists, Negri has taught hundreds of students one-on-one during his more than four decades at the School of Music. As a guitarist, he has appeared with renowned artists including Tony Bennett, Andy Williams, YoYo Ma, Itzhak Pearlman, John Williams, both Wynton and Branford Marsalis, and Michael Feinstein, who featured Negri on his 2010 album, Fly Me to the Moon. Negri, who also plays piano, bass, banjo and mandolin, also is a composer who has written several documentary film scores.